Meet Mayaheul. She’s the divine goddess of the agave plant. Worshipped by the Aztecs in the 13th century, Mayaheul was a wonderful woman, she really was.

Loving and kind, she proffered pubescence, watched over wombs, reared rabbits and – this last bit is important – she had 400 breasts. Four. Hundred. Breasts. But instead of dispensing milk, Mayaheul’s multiple mammaries fed her 400 children with pulque, the fermented alcoholic sap of the agave plant.

But that’s not the best bit – following an ill-advised amorous adventure with another Aztec god called Patecatl (one that we frankly haven’t got time to go into here) her 400 offspring turned into rabbits. The Aztecs regarded each of these rabbits as different gods of intoxication – and the reason why, in modern parlance, tequila is often claimed “to put hares on one’s chest”. Probably.

Alas, for years, tequila tended not to be regarded with the same respect and reverence as it was back in the 13th century. In fact, there is no other drink on the back bar that has been more misunderstood and mistreated than the national spirit of Mexico.

Everyone’s got a tequila tale – and it seldom ends in anything but an unpleasant aftermath involving regret, recrimination and often regurgitation. Tequila’s notorious reputation precedes it – Regarded as the bad boy of the back bar, the deviant of the drinks cabinet and a rabble rouser in any round of drinks.

But after years of playing the party card hard, this cliché caricature of Tequila is becoming tired. No longer the industry’s enfant terrible, Tequila has matured into a sophisticated spirit now more synonymous with single malts and stylish cognacs than shots and slammers.

Any doubts that tequila is a serious premium player in the luxury were put to bed when, earlier this year, Bacardi paid an eye-watering $5.1bn for Patron Tequila. This was followed by Diageo’s decision to drop $1bn for Casa Amigos, a tequila brand created by jobbing actor George Clooney famous for being the husband of the internationally-acclaimed barrister and Human Rights campaigner Amal Clooney. 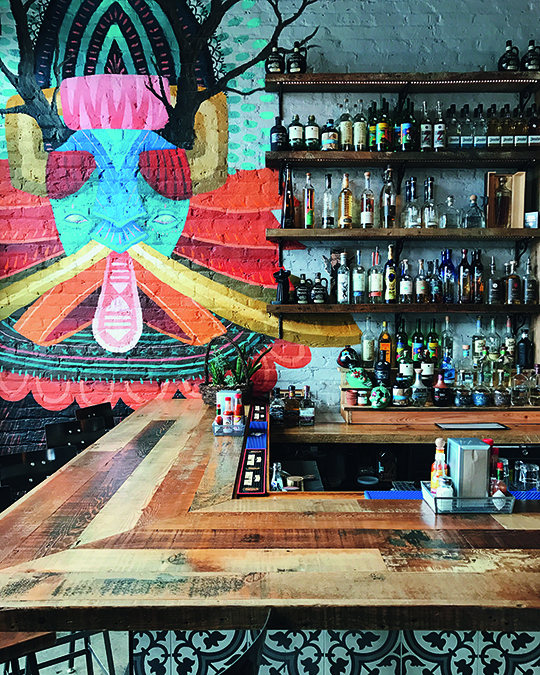 So, if your plans for World Tequila Day (WTD) on July 24th involved some over-sized sombreros, a Pinata ammo-style shot belts, loads of lemons and mountains of salt then may we politely suggest you have a rethink.

Not least because this year, WTD falls on a Tuesday – not the best night of the week for that kind of carryon but more importantly, amid growing appreciation of agave spirits, the date represents an excellent opportunity to introduce consumers to tequila’s complexity and versatility.

First of all, the best tequilas are always 100% agave, fermented entirely from sugars sourced from the blue agave plant. Then approach the issue of ageing and oak influence; there are three key age tequila categories – blanco, reposado and añejo – which all bring something different to the drink.

Mostly unaged, but possibly aged up to eight weeks in oak, Blanco tequilas articulate the fresh, floral and vibrant character of the agave. Reposado, matured for a minimum of 60 days and golden in hue, are smooth and spicy spirits with notes of vanilla; while the best añejo tequilas, aged for at least a year in oak, both retain their original agave flavours yet also strongly communicate the character of the cask with tones ranging of leather, tobacco, toffee and pepper.

As one explores exceptional tequilas, talk of terroir will inevitable arise. Much like grapes that make wine, the environment where the blue agave grows has an indisputable influence on its character – only natural given that the blue agave plant spends between seven and twelve years in the soil before being uprooted.

While the likes of Ocho Tequila have distilled the differences down to individual fields, a more general terroir conversation concentrates more on the differences between highland and lowland tequilas.

The high elevation Los Altos region, known as the highlands, is rich in red clay soil and create tequilas that are sweeter, softer and lighter in character. The dark volcanic earth of the Lowlands, known as ‘El Valle’, are synonymous with more herbaceous, woody and earthy tequila.

Further influences on the final flavour include how the agaves are cooked and crushed, fermentation techniques and yeast strains, distillation and still types and, of course, the type of oak for maturation.

Given the complexity of these factors, and the length of time agaves take to mature, you want to design drinks that don’t drown the flavours yet also make it accessible for the uninitiated tequila drinker.

Alternatively, take a more authentic approach by serving a small tasting glass of tequila alongside a ‘Sangrita’, a non-alcoholic chaser made from orange, tomato, pomegranate and red chilli.

Reposado tequilas suit stirred and spirit-forward cocktails such as the classic Tommy’s Margarita while Anejo tequilas can rightly step into neat sipping territory otherwise occupied by cognacs and whiskies.

Whatever you do for World Tequila Day on July 24th, ensure that education and experimentation is at the forefront of the activity because after years of being handcuffed to high times, hedonism and horrific hangovers, tequila is ripe for rediscovery.