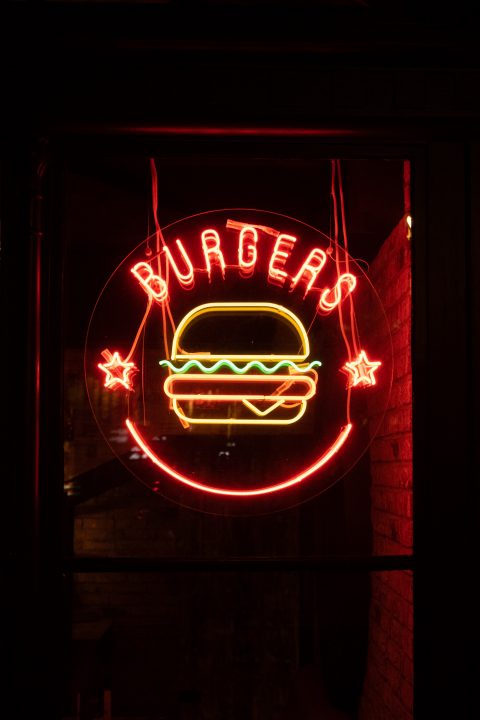 STARTERS
Depending on the scale of your seafood haul, you might not expect to bait the customer with an ocean of options. But even if you put a little fish on, just for the halibut, you can find some easy pairing wins. If you’re looking to pair spirits with light fresh starter dishes, try gin with shrimp. Sounds a bit fishy but seriously, list it and then reel them in…. it’s a real oppor-tuna-ty (that’s enough now, we’re floundering). We were impressed by the combination in California, and to be more specific, it was with a martini, but it was the zest and botanical spice of the gin with the lightly seasoned sea food that combined marvellously

Pairing gin with seafood shouldn’t come as a total surprise, gin and Oysters for example, that has long been a combo, but the point is, seafood and spirits can be a surprising but successful package for the punters.
Son of A Gun in LA offers up a shrimp toast sandwich with hoisin, herbs and sriracha mayo which pairs perfectly with an aviation off their classics menu. Gins like Chase Pink Grapefruit & Pomelo, with its feisty grapefruit freshness and grounded juniper spice gives you an idea of the seasoning scope

Vodka with caviar is more obvious, if a little indulgent, but vodka works across the more textured, often meaty fish, or something a little oily and salty like smoked salmon. In fact, try the Belvedere Spritz served up with a simple salmon dish and celebrate the contrast between oil, fat and smoke with light, carbonated citrus. Simply pour 30ml Belvedere and 30ml sweet white vermouth in a spritz glass over ice, top with soda water to top, add two or three chunks of grapefruit and garnish with a thyme sprig 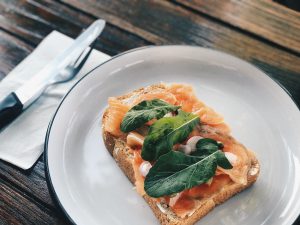 Staying with salmon, you could attempt the Scandinavian traditional aquavit with smoked salmon, gravlax and cured fish. Very low on prep, but enough to provoke a bit of conversation with the customer. Another vodka to consider here would be the Icelandic spirit Reyka, a really clean, grain vodka that has the added talking point of being distilled using sustainable energy from geothermal heat.
But experiment, Mark Hix who has made a beautiful job of blending brilliant cocktails with his cuisine, and once suggested a Lagavulin butter to go on a lobster. After our own experience of pairing Isla whisky with freshly caught shellfish by the water at the Lagavulin distillery, we can attest this is a quality combination. Islay whiskies in general are a great addition to food pairing plans, the smoke of a whisky like Laphroaig 10 Year Old for example, provide an assertive backbone to subtle dishes, or indeed cheese dishes or chocolate at the end of the meal

MAIN
While it was meat ‘n’ veg when we were growing up, it’s increasingly just veg for a lot of people. And for those who still require the meat, it’s always ok to go with meat ‘n’ whiskey.

Having just returned from Dallas Texas, we can highly recommend anything bbq’d with American whiskey. One of the best culinary experiences of our lives was at the Pecan Lodge, at the famous ‘Pittmaster’ – a plate

of Brisket, pulled pork, sausage, topped with slaw, bbq sauce and fresh sliced jalapeños. We were there with the exceptional Texas Single Malt Balcones, and whether served neat or as a whisky and soda, it really does combine beautifully with all or any of that meat. Big time and bold, Bulleit is a stand up bourbon, and bourbon is a useful ally in meat matching since the spirit has the oaky assertive tannins to cut through the fat, but with strong caramel and vanilla to match with flavours in the meat, particularly a burger

. Jerk chicken for example with simple Appleton rum highball serve, work in Jamaica, so should work in your bar. Wray & Ting was once a thing when we were young drinks writers, it still works, the overproof rum is lifted by the citrus and you can garnish with some lime or mint to improve the aesthetic. Hawksmoor is an essential reccie for any meat lover, and the group has always put cocktails high on the agenda. Pay particular attention to the drinks menu, which has been arranged in order of occasions – so pre dinner and post dinner serves to match the mood of the customer. Another must-visit is MEATliquor, particularly the newer site in Regent Street, on the site of the old Match Bar it has put strong emphasis on the cocktail menu and the excellent Shooting From the Hip (El Jimador tequila, blackcurrant and citrus goes with just about anything – it’s also served in a huge hip flask which is a nice touch. Meanwhile, since we’ll have a gin martini with anything and since one of the best martinis you’ll find is served at Happiness Forgets in London, we aren’t averse to one in the bar’s sister restaurant Petit Pois. It pairs perfectly with the fantastically seasoned but simple steak frites and knock-out Bernaise sauce

VEG
Vegan and vegetarian options can be equally inventive of simple. The Hug & Pint in Glasgow is a great example of what can be achieved with this style of fare. The award-winning vegan restaurant offers a ‘Boozy Brunch’ for £20 – three dishes and three drinks of choice, including cocktails. Much of the food has an Asian influence and it’s here that the vegetable dishes will shine, with the spice and stodge of curried dishes a perfect foil for high ball or spritzed up cocktails. Beer is a little ahead of the pairing game, but Bundobust in Leeds is another useful research trip, the vegetarian dishes are based on Indian street food and largely suggested with craft beer. But the parallels between the textures and consistency of the dishes with the spirits pairing is obvious. The Desi 75 for example mixes Sipsmith’s sloe gin, lemon juice and cinnamon syrup topped with Prosecco and pairs beautifully with the Bhel Puri a samosa pastry, with puffed rice, peas, red onion and tomato tossed in tamarind chutney and topped with pomegranate seeds

BIT OF AFTERS
We once read a science article that suggested eating chocolate after dinner can enhance the absorption of the amino acid tryptophan. We don’t know what tryptophan is, nor why enhanced absorption would be beneficial, but it sounded like a defence for eating the stuff, so we nailed a Snickers Duo with a clear conscious. Chocolate is about the easiest score any bar has for an upsell at the end of night. If you serve food and people eat dinner with you, they will automatically think about desert. Such psychological motivations have been drilled into us from when the first mush passed our toothless gums as babies – eat your greens and you get pudding. Sometimes people (weirdos) decide not to finish dinner with desert, but even these people (weirdos) will be craving something sweet, it’s forced nature. This is where a simple offer of some chocolate will rarely be turned down, and if you stick the opportunity on a menu with an interesting spirit, you can score a sneaky upsell

We’re not suggesting After Eights here, although put them of the menu with a Grasshopper and you might be surprised at the uptake. Rather, this is more about a luxury chocolate serve that plays to the strength of some specific luxury spirits, so our favourite combinations:
Diplomatico Reserva Exclusiva – when the spirit itself tastes like chocolate you’re off to a great start and in this luxury rum, you’ve got aromas of mocha and vanilla that convert on the palate with caramel and then an unmistakable chocolate flavour hitting the middle of the palate. This is the master of the chocolate pairing, there are no real limitations, making it one of the essential offerings on a post-dinner menu. The rum brand recently teamed up with luxury chocolatier Paul Young to spectacular effect. The Cornish Sea Salt chocolate is particularly appropriate if you’re dropping any pirate entertainment with your post-meal rum pitch

Quiquiriqui Mezcal –  When we perform in Edinburgh we stay around the corner from Chocolate Tree in the Bruntsfield neighbourhood. These folks have picked up on the Spanish conquistador love of cacao in Mexico and have subsequently soaked the ancient criollo hybrid cacao of Tabasqueño in Mezcal. Pretty amazing stuff. It works brilliantly with the smoke of a neat mezcal serve and Quiquiriqui is ideal with the smoke being slightly sweeter and subtler than some of the more rustic mezcals out there
Courvoisier VSOP – Finally Cognac and chocolate is a sure fire winner, with plenty of tradition attached as a pairing. Courvoisier VSOP is a great spirit for introducing people to Cognac, and could be served as a refreshing long drink at the end of the meal, there’s no reason you have to stick to convention. But the Courvoisier range is a great example of how you can offer neat sipping variety. Due to the way they select their eau de vies from independent producers, you’ll find a broad style at Courvoisier and if you broaden
your knowledge you’ll see how one house provides a varied flavour palate. The key then is to really understand the cognac in question and then potential offer a flight with chocolates to match and really turn the pairing into an experience 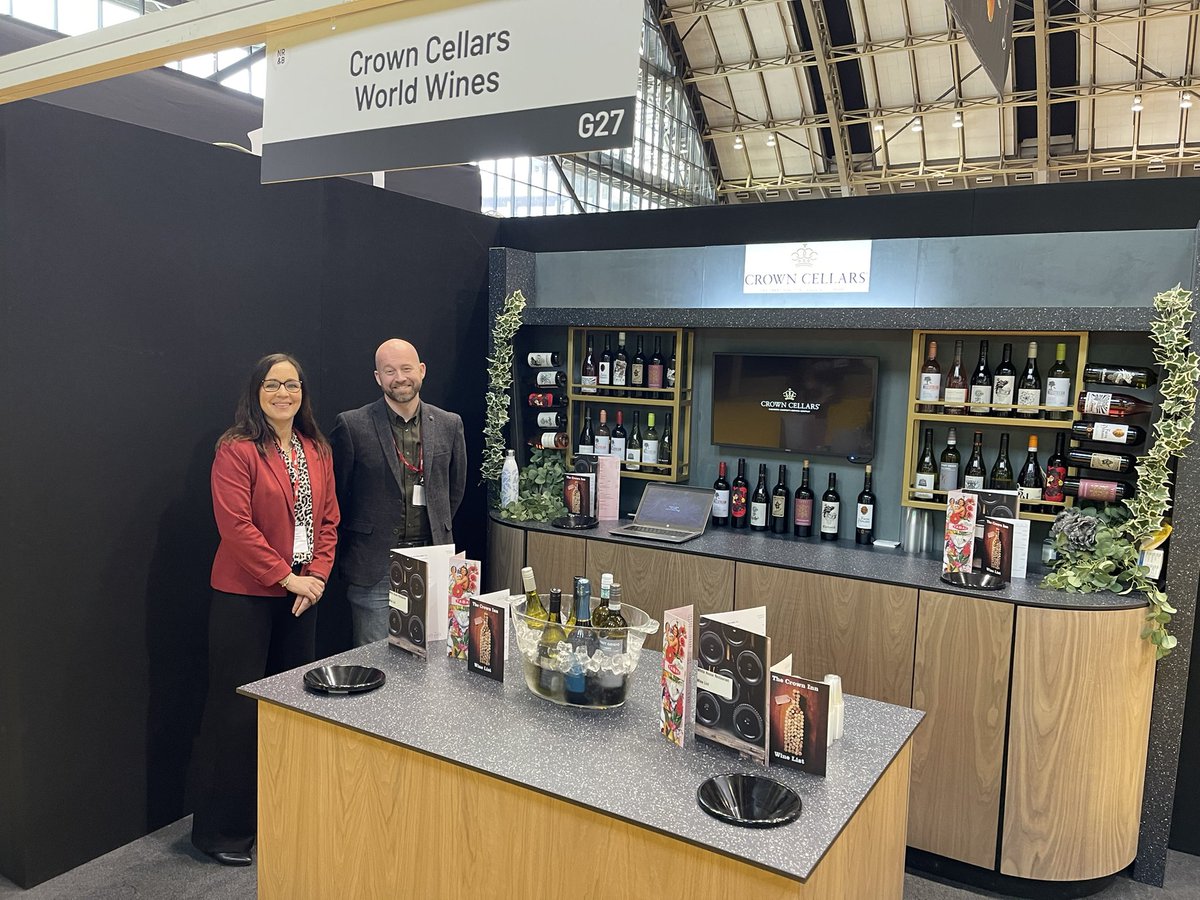