Gin has endured a roller coaster ride since its inception. From fashionable 12th century after-dinner tummy trouble reliever, to the scourge of London during a gin craze of the 18th. In the 19th century the spirit formed the backbone of some of the most enduring and classic cocktails of our time, but by the 20th it was the go-to giggle juice for grandmas with blue rinses.

This is in spite of gin in the 18th century tasting, well to be perfectly blunt, like piss. We can say this with some authority too, with accounts of the awful ingredients used to bulk it out. One being piss. Drinkers called it “piss-quick”. Other customers complained of acid stomach for the first time, possibly because it was occasionally bulked up with sulphuric acid.

As you will see, history is packed with classic gins and equally classic gin cocktails. The earliest gin creations invariably offer interesting tales to tell at the bar. Take the Gimlet. In 1747, surgeon James Lind’s discovered that citrus combatted scurvy – which encouraged the navy to make lime juice standard issue by the 19th century. 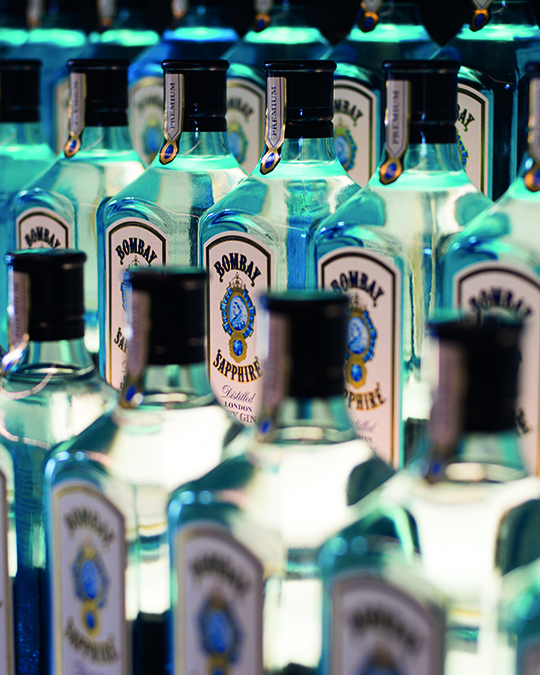 GIN’S PAST IS ONE OF UPS AND DOWNS, BUT ITS STRATOSPHERIC RISE IN THE PRESENT HAS SECURED ITS FUTURE. GIN IS IN.

Greek Physician Galen claims juniper can cleanse the liver and kidneys but is mixing it with alcohol, which somewhat undermines his theory.

Dutchman Jacob van Maerlant publishes De rerum natura but people in the Netherlands are a bit more of a laugh so he gets the credit.

Juniper is being carried around with other aromatics to ward off the Plague.

The Huguenots in Flanders are now making juniper distillates.

English fight with the Dutch against Spain and are introduced to juniper spirits, drinking it before battle to inspire fortitude and giving us the term ‘Dutch Courage’.

The word ‘gin’ appears in print for the first time and Britain sees an alarming rise in production.

The death rate in London exceeds the birth rate. Gin is the culprit. Women are the biggest fans and it adopts names such as ‘Mother’s Ruin’.

11 million gallons of gin are now being distilled in London. Government announces an 8th gin act which finally starts making an impact on illicit gin production.

Hogarth does a painting (pictured right).

Gin becomes more expensive and the discerning distillers get a foothold in the market. Thomas Dakin opens his Greenalls gin company in Warrington. It continues to operate today.

Plymouth gin begins production and remains the only British gin being made at the same distillery it started.

Schweppes launches its Indian Tonic water, the expats in the sub tropics are now gulping gin and tonics.

Gin returns to an era of poor production as Prohibition America starts to dole out re-treated industrial alcohol, flavoured with juniper, or bathtub gin.

Gin is in the doldrums, vodka is the winning spirit in the western world.

U. S. tax laws are changed to allow only 50 percent of “lavish and extravagant” entertaining to be deducted as business expenses. Thus ends the three-martini lunch.

At the start of the year there are 233 licensed UK gin producers alone.

Last year, JJ Goodman celebrated a decade of shaking up the UK bar scene courtesy of his lively and legendary “London Cocktail Concept”

For those prepared to take the theatre of glassware and pouring to a new level, we introduce Last Drop’s “Penelope”.

RT @CrownCellarsUK: Now that the nights are getting shorter, people will be looking for a wine that gives them that cozy feeling. Andean Vi… 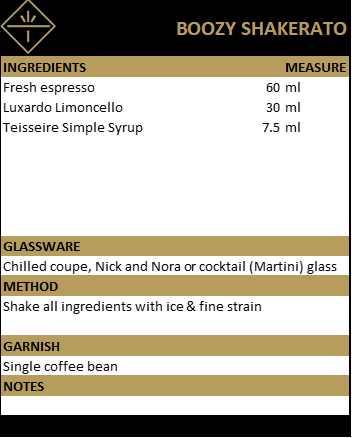 Bit of an oddity today - the Boozy Shakerato. Essentially an Espresso Martini with a lemon twist. Great for the GP as well as being really simple to make, it's is a good after dinner upsell that hinges on enjoying a citrus/coffee combo. Enjoy responsibly https://t.co/6TjzErsgPB